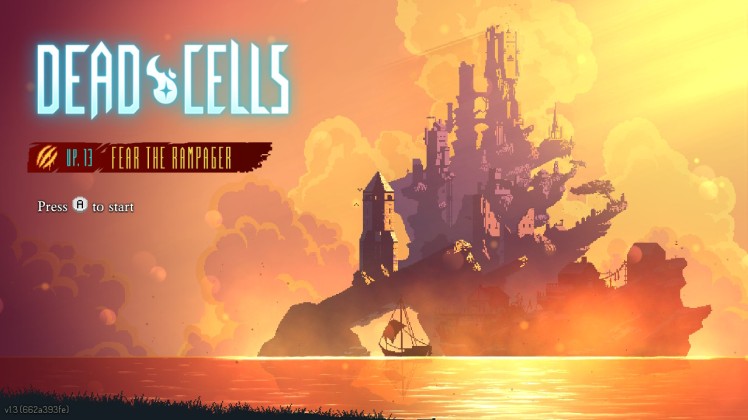 That’s Dead Cells. Honest. But in a really good way.

For the first two hours of playing Dead Cells, a 2D platformer released in 2017 (what?), player-death became my life. Thrust into a slick 2D-platform experience I ran, jumped, got attacked, and died – again and again. Aaaand again.

And although each death restarts the player at the very beginning of the game again, such regular death does not come without forward progress. Your repeated expiration is actually part of the game’s tale, with some of the characters you meet remembering you from your last attempt – with rather a lot of snark, at that. This, along with procedurally generated levels, means that the ever-high chance of death is as annoying as one may other wise have guessed.

Playing through the game required the exploration of branching levels, acquiring better equipment and abilities as you do so. The game-world is drawn from a dungeon/castle/crypt style that echos that of the Castlevania series, and you play the flame-headed part of a newly-dead prisoner. You awake in a dungeon with little back-story, trying to work out what happened to the desolate place around you.

Through aforementioned running, jumping and slashing, you traverse a gauntlet of gorgeously drawn levels trying to horde your finite amount of health. Each level has its own theme and is linked to the next through one or more exit gates. I adored the backdrop to the level known as Ramparts, where deep hues of a sunset contrast against shadows in the foreground. Progress unlocks power ups, weapons and abilities, and these remain unlocked on player-death. The more you progress, the more ways are open on your next run, allowing you to carve out new routes into the later levels of the game.

The retro-styled pixel art is fun, especially played on the small screen of the Switch, but also looking great when docked to a TV. I enjoyed the touches of quirky humour on display within the game-world, both in the animation and uncovered lore.

You will fight sludge-zombies, poison-slugs, ghost-knights, and bats. And you will revel in sniping off a quick bow-shot before an enemy archer can get you. And you will really hate shadow-teleporting ninja-swordsmen.

Those accustomed to hard AAA games such as Dark Souls and Sekiro might not die as much as I initially did, but save-points have spoiled me. Re-learning a cautious and conservative play-style reminded of my NES years. You may not have three lives, but a health bar and two health potions isn’t far from that. An inner part of my psyche was pleased to play such a game again.

Even taking into account caution and skill, no matter how good you are, you will die. Your length of play on each attempt is revealed as a timer in between levels, slowly creeping up as you restart over and over. At first I could barely survive for four minutes. Then ten minutes. Then, well, ten minutes a few more times. But finally, on the play-though that I started after the first two hours… well that one lasted an hour on its own.

Power-up choices introduce an RPG element to character evolution, and a mechanism allowing only two primary weapon choices, but three options – sword, shield and bow – means there’s always an ongoing decision to be make on how you wish to play. Do you go defensive, or all-out assault? The change in levels come often enough to maintain engagement and are so beautifully drawn – more than once I paused just to soak in the background art.

Dead Cells got a lot of well-deserved praise on release (as well as being the game that broke that controversy at IGN). If you haven’t played it yet, or are thinking of picking it up, it is a game that is very easy to play in short bursts or really dig into for a long run or two. It’s a great game, definitely worth adding to the collection.

But I did just die again.